Here we go again with another man transitioning to female and killing these women in sports. Here’s some context before I get to my main point; for 25 years of his life, Callum was a man standing at 6ft. 2 inches and weighing 220 lbs. A man the same size as myself decided to become female and changed his name to Hannah. Hannah decided against gender reassignment surgery and all other types of surgeries to make him look more feminine; he also is still attracted to women.

Where do we draw the line between people who want to transition because they want to be women and those who do it because there’s some sort of advantage for them to do so? Now Hannah is playing on a female rugby team and is two to three times larger than the women he’s playing against. That would be like me going to play pee wee football! The controversy behind all of this is that the Australian women’s rugby league didn’t want to allow him to play against women because he has a physical advantage over them.

People always use the scientific argument that when a man takes hormones he loses a certain percentage of strength. On the other hand, I would argue that Hannah spent 25 years of life as a man with testosterone flowing through his body; even after losing some strength, he’s still probably 20 times stronger than the women he plays with. I also discovered that the hormones do not affect the strength of your legs; that’s why transgender cyclists are still killing it!

It’s not fair for men to be playing in female sports. Just because you identify as a woman doesn’t mean you are biologically the same as other women because they have always been women and they have always been at a physical disadvantage against men. This is a women’s rights issue. Feminists should be jumping all over this because these men, whether they truly feel this way or they’re playing the system, are literally taking women out of sports.

They are smashing and destroying their records. Women do not have any place in their own sport anymore because of men. Women have been fighting for rights and good men acknowledge that women deserve to have an equal opportunity to compete in their own sports. If we don’t put this to an end, women’s sports will be destroyed forever. 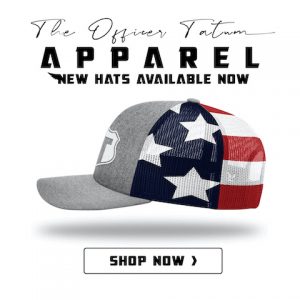